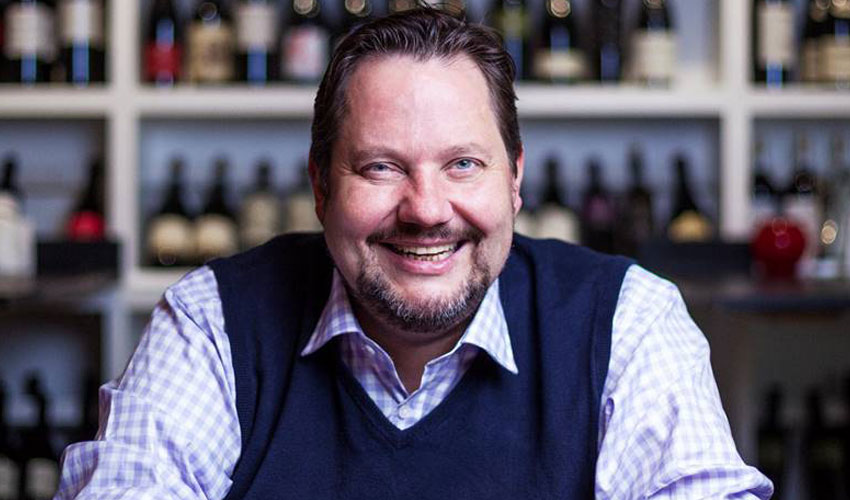 Joe grew up in his parent’s gastropub, The Three Lions Inn on the edge of the New Forest in Hampshire. His love for flying took him to the Royal Air Force, where he learned to fly before deciding on a career change to wine. Joe promptly went off to study and make wine in Bordeaux, attaining a winemaking diploma in 1991. After a stint at the mighty Oddbins, Joe retraced his steps to help run his parents, now award-winning pub. It was here that he was picked up by Sainsbury’s and put together a company-wide wine training course, teaching the staff about wine, beer and spirits. He was moved to the buying team for a year, from where he was head-hunted to Waitrose where he worked as a wine buyer for 5 years.

In 2001, Joe left Waitrose to set up the marketing company Cube Communications, which still thrives today, winning Wine PR Company of the Year at the Drinks Business Awards 3 years in a row, and recently celebrated its 10 year anniversary. He continues to act as their expert consultant.

During this time, he also co-presented his first TV show, Great Wine Walks, taking him to South Africa, Australia, and the fine wine districts of France.

His TV career burgeoned, becoming a regular on TV Shows such as Great Food Live, Saturday Kitchen, Ladette to Lady and Richard and Judy - where he co-authored their hugely successful Richard and Judy Wine Guide. Joe has most recently followed in Oz Clarke's footsteps as the co-presenter of award winning TV show BBC Food & Drink with the ebullient two Michelin star-chef, Tom Kerridge, and is the new wine expert on This Morning on ITV1 with wine enthusiast Phil Schofield and Holly Willoughby.

The other activity which perhaps Joe is most renowned for is being a wine judge for various international wine competitions. He has been a Senior Judge and Panel Chair for twenty years at The International Wine Challenge, the world’s largest blind wine tasting, and is a regular international judge wine competitions throughout the world, including South Africa, Australia, and Chile. Then there’s Joe’s love of food.

Joe’s love for food came from his father, Karl Hermann Wadsack, who was Egon Ronay’s Chef of the Year in 1976, as Chef de Cuisine at the internationally famous Chewton Glen Hotel where he was awarded an illustrious two stars. His mother and father went on to operate a highly successful gastro-pub winning Egon Ronay’s Pub of the Year award. Cooking is less of a job and more of a passion and hobby for Joe, although he has cooked for high profile clients all over London, including the Tesco board and senior London bankers and wine collectors.

In 2005, Joe was awarded with the title of International Wine sand Spirit Competition Communicator of the Year, and then won the award for a second time this year for 2016, making Joe Wadsack the only person to have won this illustrious award twice. He was also awarded with the International Wine Challenge's Personality of the Year award in 2015, the very competition that the he has given his time to for 20 years.