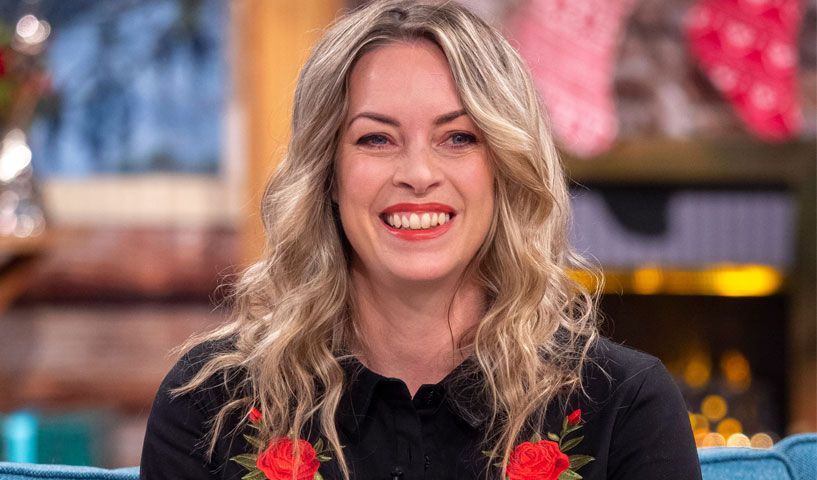 Sharon Marshall was a tabloid reporter for ten years – an experience which is chronicled in her international hit memoir Tabloid Girl.

She also co-wrote the best-selling spoof self-help guide Naughty Girl’s Guide to Life with the late and fabulous Tara Palmer-Tomkinson which has sold over 120,000 copies to date.

Handily, she can also mix very decent cocktails after editing The Power of Positive Drinking by Cleo Rocos which is a guide to how to drink hangover free. It was later adapted as a theatre production and staged at St James Theatre in London.

Scriptwriting work includes numerous episodes of EastEnders and she is now part of the core writing team at Emmerdale.

She has been with This Morning since 2003 as its resident on-screen TV expert.

She lives in London with partner Paul and Lily the rescue dog.